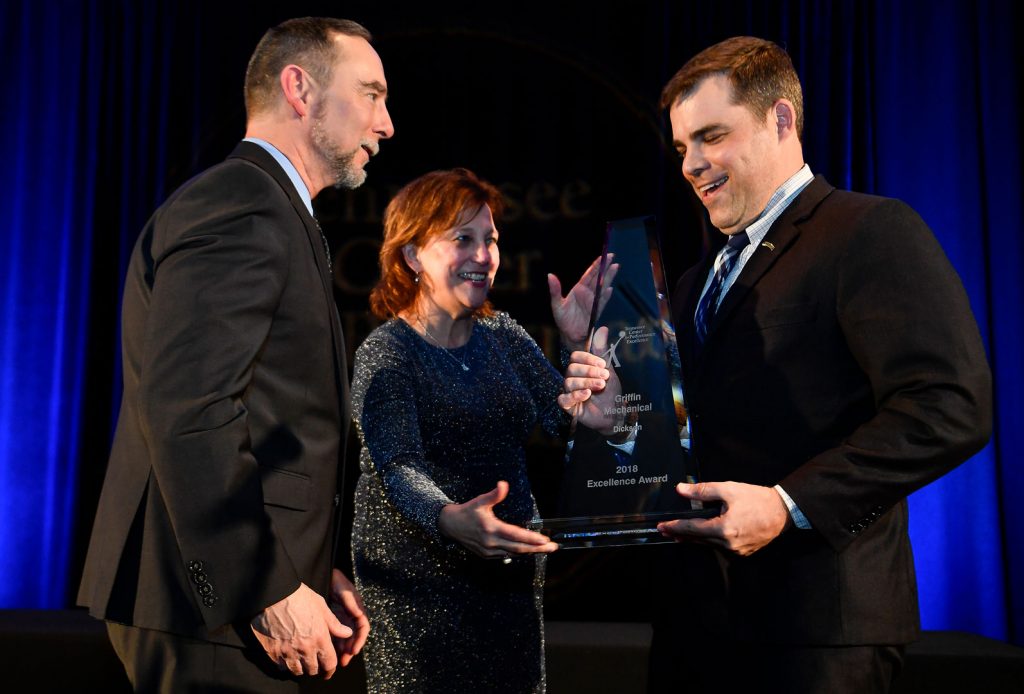 As part of his MBA program, Christopher Gray was supposed to take a field trip to Kingsport, to observe how Baldrige Award and two-time TNCPE Excellence winner Pal’s Sudden Service operates.

He thought about skipping the trip to the regional fast-food chain, known for its light blue buildings crowned with a giant hot dog, burger, fries and soft drink.

“I thought it was really silly,” he said.

But he went, and he got hooked − not on Pal’s renowned sweet tea, but on the Baldrige Award process and how it could be applied to any type of business.

This introduction to continuous improvement came at a turning point in Gray’s career: A Ranger qualified infantry officer (Captain) in the Army’s 82nd 101st Airborne Divisions, he had broken his back during a training jump, and had to retire from the military at the age of 26.

He moved from Fort Campbell, Ky., to Brentwood with his wife, Jennifer, and enrolled in Belmont’s MBA program. “I was trying to figure out what I wanted to do,” he said. Gray, who was already toying with the idea of owning a business, says the Pal’s trip taught him that what he did next didn’t matter as much as how he did it.

“At Pal’s, I saw what a good, well-run organization looked like,” he says. “I realized it didn’t matter what industry I was in, and that what I really liked was the quality aspect of business.”

His Belmont professor, Dr. Susan Williams, noted his interest, and introduced him to TNCPE President and CEO Katie Rawls.

Gray signed on to be an examiner. He finished his Master’s and took a job as vice president of a local mechanical construction and service company. The company wasn’t interested in performance improvement initiatives, so Gray had to use vacation time to fulfill his exa

miner obligations. His continued to serve as a TNCPE examiner, apply Baldrige at work where he could, and look for a business to buy.

“Part of my desire to buy my own business was so I could fully use Baldrige without abandon,” Gray said.

In 2010, Gray purchased Griffin Mechanical LLC, a heating, cooling, and plumbing service provider based in Dickson.

At the time, Griffin was a distressed family business. Gray knew he was embarking on a serious turnaround effort, so he jumped in right away with the Framework for Performance Excellence.

“Literally, day one: mission, vision, values. We started at the very basics,” said Gray. “And my message has been consistent ever since.”

Gray said it took about three years before everyone at Griffin was on board with his Baldrige efforts, but today the company is 18 employees strong, and earns more than $2 million in revenue annually, outpacing the industry average.

In addition, Griffin won the TNCPE Achievement Award in 2015, and has its eye on Baldrige:

“Our big hairy audacious goal would be to win Baldrige in the next five years,” says Gray.

Chris Gray has applied Baldrige principles to Griffin Mechanical, a small, HVAC and plumbing outfit in Dixon, Tenn., since the day he bought it in 2010. He moved the company from losing money to earning three times the industry average. Here are some of his thoughts on using Baldrige in small business: